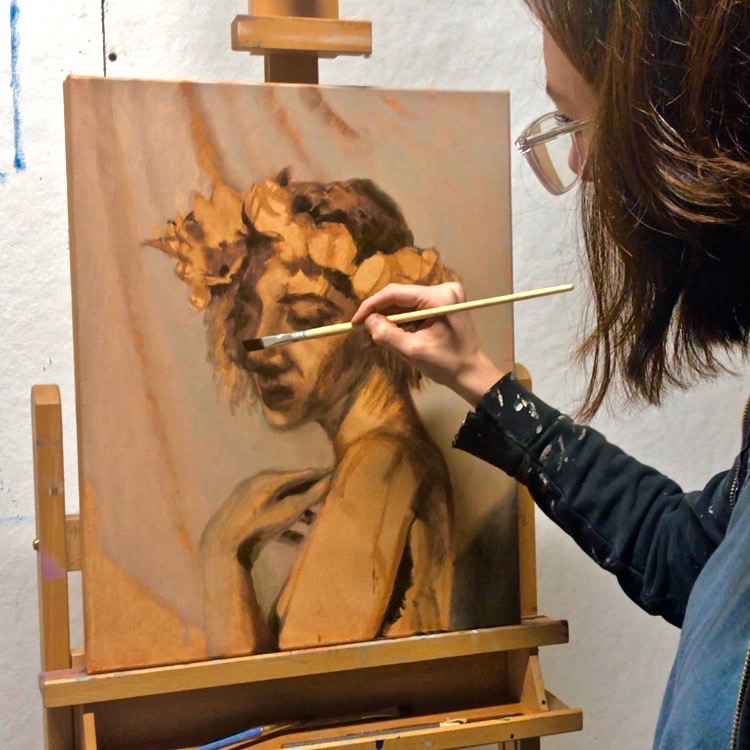 This video shows the first layer of a traditional grisaille portrait which I later continued during a painting demonstration.

Here I’ve started with a sienna and umber imprimatura, which gives a warm glow. Center lines are marked as a guide for the composition. Using burnt umber and chromatic black, I’m laying down general shapes and shadows. Little attention is paid to details, yet.

During the demo, I applied the second layer and added white to my palette to create a full value scale. I added light shapes and started blending the transitional areas between the light and shadow shapes. The picture below shows the painting after most of the second layer was applied during the demo.